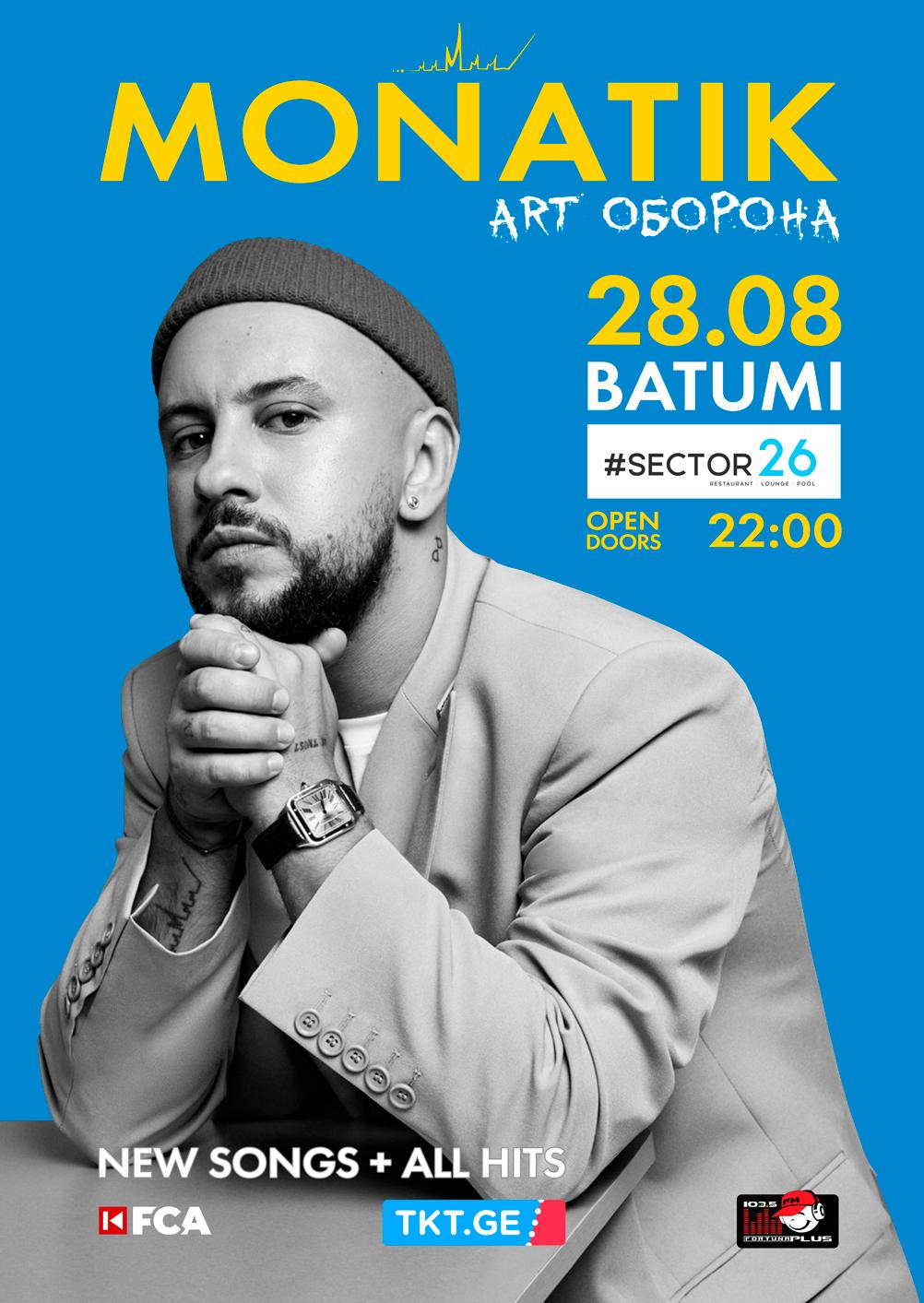 MONATIK invites you to “ART Defense” in Batumi!

MONATIK is the first Ukrainian pop artist who won the Olimpiyskiy NSC, winner of dozens of victories and titles of “Best Artist” at influential music awards; an artist and composer who sets the stage for the development of the creative and music industry, the coach of the “Voice of the Country” project, the author and creator of the “ART Oborona” project invites you to a charity concert in support of Ukraine, which will be held in Batumi.

On August 28, 2022, the famous artist, producer and composer MONATIK, who since the first days of the war in Ukraine has been engaged in active educational and volunteer activities, collecting humanitarian aid for the Ukrainian Army, territorial defense and Volunteers, invites you to a large charity concert “ART Defense”, which will be held in Sector 26 in Batumi.

His shows always raise the level of show business to a new level. These are always the brightest, most professional musical and choreographic show programs. However, on February 24, 2022, a full-scale invasion of Russian troops began in Ukraine, and body dances turned into soul dances, and songs also opened new meanings.

For every nation, music is a mirror of the soul and values ​​of the people… And the word is the power and weapon of our ART Defense, which is able to heal someone, motivate someone and find faith where it seems that it is no longer there. And someone receives a frank reprimand and a call to think. MONATIK ART Defense is our creative front line. These are new songs from the EP ‘ART Oborona’, which sew up the soul. These are the legendary hits of the artist, which stadiums sang in unison before the war, which bring us back to happy times.