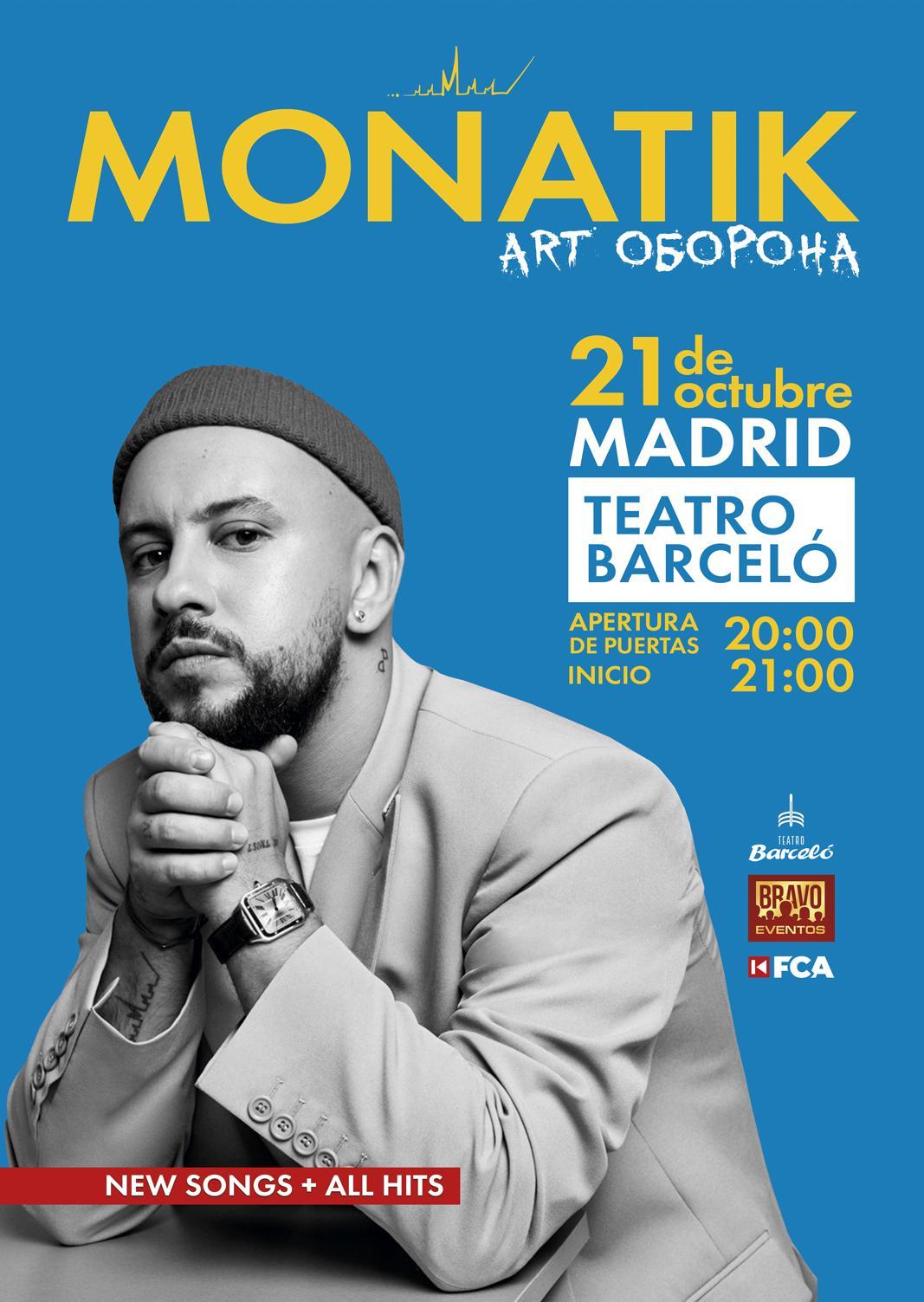 MONATIK in Madrid!
On October 21 big concert at Teatro Barcelo!

MONATIK ART Defense is our creative front line. These are new songs from the “ART Oborona” EP, which sew up the soul. These are the legendary hits of the artist, which stadiums sang in unison before the war, which bring us back to happy times, give strength and hope for victory.