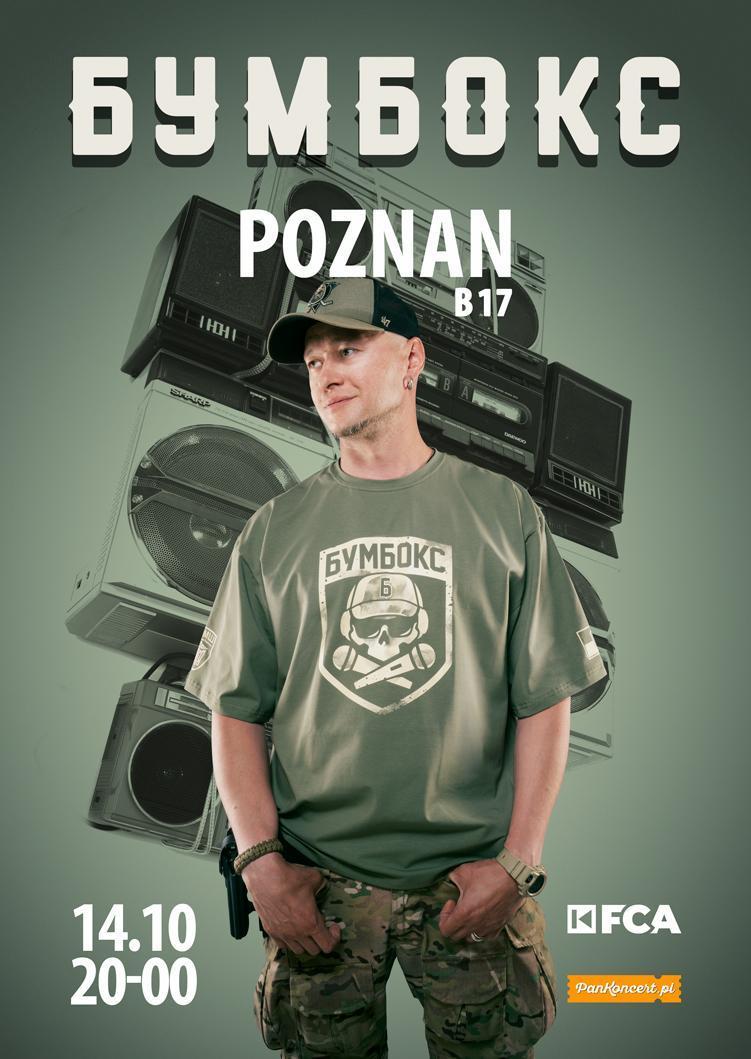 Boombox in Poznań!
On October 14, the band’s big concert at the B17 club!

In the legendary film of the Ukrainian director and actor Leonid Bykov “Only “old men go to battle”, the main character, Captain Tytarenko, nicknamed “Maestro”, utters an equally legendary phrase: “Who said that we should give up a song in war?” For us, Boombox Family, these words are a guide to action.

The full-scale war started on February 24, 2022 by the Russian-fascist invaders forced us to forget “who we are and where we are from” for a long time. Territorial defense, police service, volunteering – at some points, music was just not for me. The very thought of listening to anything, let alone playing, seemed seditious.
But then… You carefully turn on your favorite song. And another one behind her. And more. And it helps.

If you are a seasoned fan or have recently discovered the band after hearing “Oh in the Meadow Red Viburnum” performed by Andrii Khlyvnyuk, come to the band’s Polish concerts. In October, Boombox will play in Poznan on the 14th, in Gdansk on the 16th, in Wroclaw on the 17th, and in Krakow on the 19th. Your support is very important to us, thank you friends.