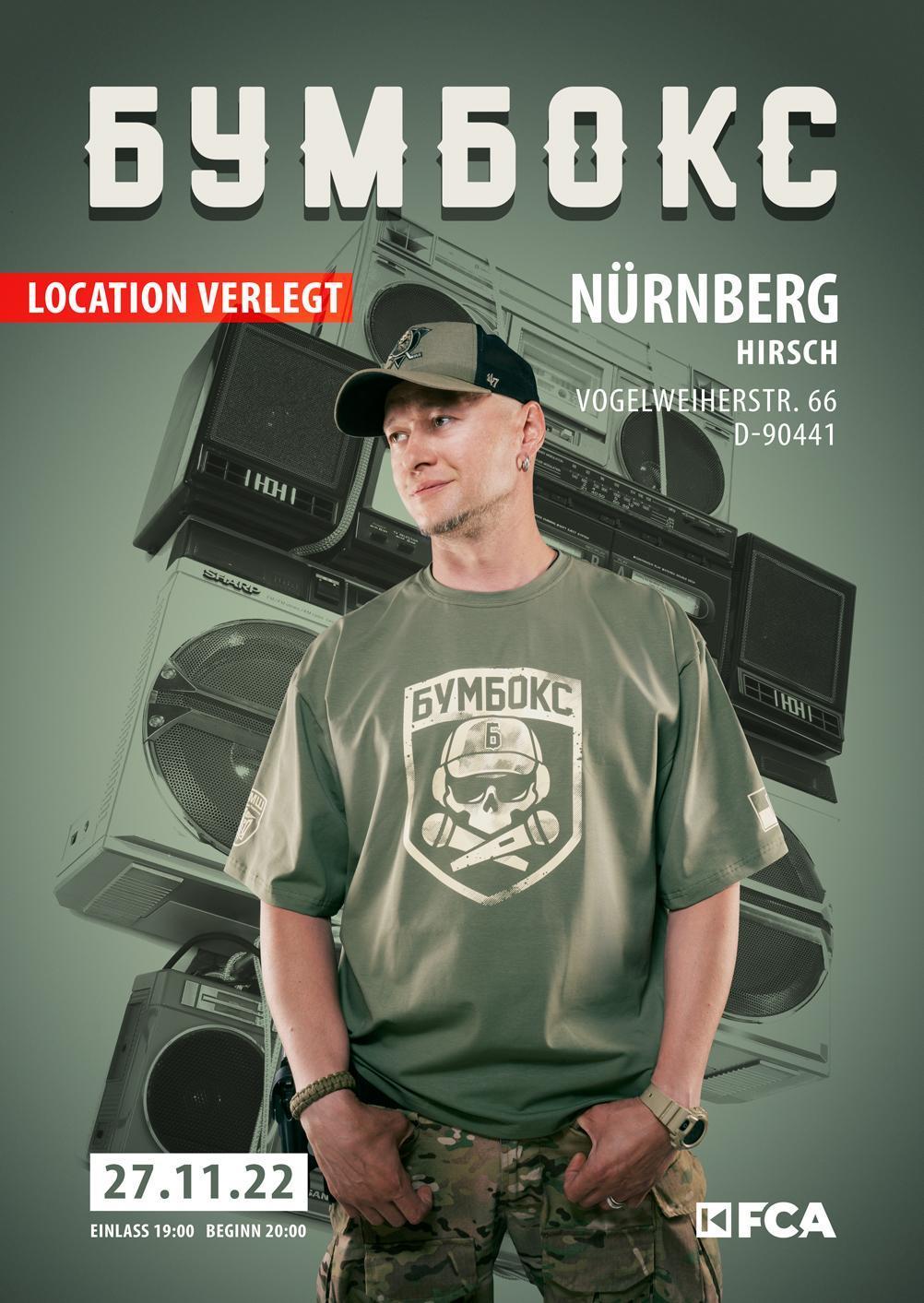 On November 27, the band’s big concert at Lowensaal!

If you are a long-time fan or have recently discovered the band after hearing “Oy u luzi khrovona kalyna” performed by Andriy Khlyvnyuk, come to the band’s German concerts. In November, Boombox will play in Berlin on the 17th, in Cologne on the 18th, in Hamburg on the 21st, in Hanover on the 22nd, in Frankfurt on the 24th, in Stuttgart on the 25th, and in Nuremberg on the 27th. Your support is very important to us, thank you friends.